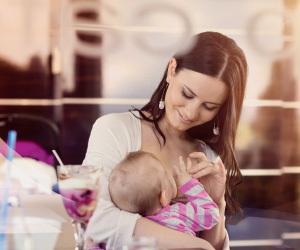 Breastfeeding is one of those topics that can swiftly lead to impassioned discussion. Should she? How should she? And where should she? Some say exposing your breasts to feed in public is offensive; others say it’s natural. So which is it? By Ciska Thurman

‘I’d just sat down with my takeaway sandwich when the woman opposite me openly exposed her breast to feed her baby. I could see her nipple and hear the baby sucking loudly. It put me off my food.’ – Thirty-eight-year-old Ryan is a self-styled ‘man about town’. He finds public breastfeeding offensive and believes that mothers should use designated areas such as restrooms to feed their hungry, noisy babies.

‘Breastfeeding my baby in public isn’t harming anyone. Why should I remove myself from view just because others are not used to it? I am not a smoker, I am a mother.’ – Thirty-two-year-old Cheryl struggled for many weeks to establish successful lactation with her first daughter. The second time around, she is far more outspoken about her right to breastfeed her baby wherever, however and whenever she needs to.

‘I love that my wife is breastfeeding! Breast milk is free, nutritious and it helps protect against disease. I don’t think it’s appropriate, though, for my wife to bare her breasts in public. I don’t want other men to look at her in that way.’ – Forty-two-year-old Kagiso believes there is a pretty easy solution to the public breastfeeding debate: women should be socially considerate by warning those around them, and covering up accordingly.

Supported by law but not society

In South Africa, women have specific legal rights to breastfeed not only in public but also in their place of work. However, some people believe that the social stigma still attached to public feeding is prohibitive – that moms are fearful of being mocked, stared at, or asked to leave or cover up.

There are several social movements lobbying for anti-discrimination laws to empower women to breastfeed in public without any dread or distress. In 2015, Normalise Public Breastfeeding in SA (NPBSA) gained support from Health Minister Aaron Motsoaledi, who might pass a bill that would make it illegal to interfere with or stop any woman breastfeeding in a public place.

On 6 February 2016, a social media campaign, #BreastfeedingCrusade, saw women all over South Africa posting brealfies of themselves nursing their babies in the open, in an attempt to make public breastfeeding the social standard, not an exception to the rule.

There is so much at stake when a breastfeeding mother is made to feel unwelcome in public: a mother’s right to nurture her child – without being objectified; her confidence to push forward, and not be discouraged; and most significantly, a mother’s ability to bond with her new baby.

Ana Montoya calls herself ‘part-time obstetrician and gynaecologist and full-time mom of twin girls’. She has the unique perspective of someone who not only knows the benefits of breast milk, but has also experienced tandem-feeding twins in public.

‘Discreet or covered-up feeding was never an option for me, because I fed my girls simultaneously. I’ve breastfed in so many places, I can’t remember all of them: the beach, restaurants, parks, aeroplanes, airports, everywhere!’ Ana felt powerful and confident feeding her girls, which kept the naysayers at bay. But she knows of many mothers who have had unpleasant experiences (prying eyes and distasteful comments).

The benefits of breast milk are well documented: nutritious, tailor-made specifically for your baby’s needs, a barrier against harmful bacteria, brain boosting – the list is extensive. But, for Ana, the most important pro is ‘the incredible connection you gain with your baby – looking into their eyes and getting to know the little human being next to you while nourishing them. And for them, the close contact, warmth and smell of their mother is enough to make them feel safe and comfortable.’

But, while it makes little difference to the baby where he or she is being fed, ‘the mother is totally aware of her surroundings – the weather, the people around her, the noise – all factors that could potentially affect the quantity of milk and the breastfeeding experience as a whole,’ explains Ana. ‘Breast-milk production is a hormone-based mech-anism, after all. The mother also needs to feel safe, relaxed and comfortable. A negatively perceived environment might reduce the milk production or even block the let-down, leading to an unsuccessful and frustrating encounter for both mother and baby.

‘Feeding breast milk to a baby can be difficult to start with and will only get better with time and practice. When a mother encounters negative comments or attitudes, it damages her confidence and could potentially jeopardise her breastfeeding altogether.’

There’s no right or wrong. Some people will be offended by feeding in public and no law will change that. What’s most important is your little one. Do what’s right for them. And for you. 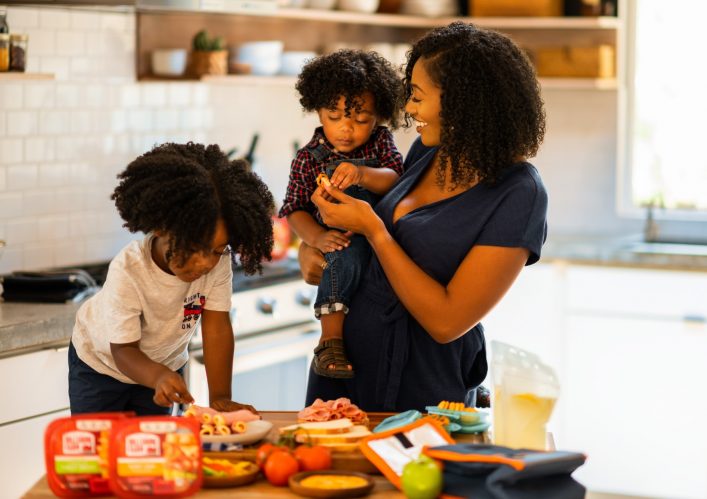 How to stimulate your child

As parents, we only want the best for our little... Read More

Are you an April winner?

Are you a March winner?

Are you a February winner?