In celebration of the Golf GTI’s 45th birthday, we simply had to take a look at the evolution of the OG hot-hatch

In 1974, half a dozen staff members at Volkswagen concocted a secret plan to develop a sporty version of the Golf. There was no official mandate to develop this hatchback, but Hermann Hablitzel, the then VW board member for technology, made sure the project kept going. Initial prototypes emerged, including a vehicle with a carburettor engine generating 74 kW. In early March 1975, Hermann officially presented the Golf project to Toni Schmücker, chairman of the board of management, who gave it the green light. The vehicle was to celebrate its world premiere at the International Motor Show (IAA) in Frankfurt. Development took a crucial step forward once it was finally paired with an injection engine generating 81 kW. However, the sporty Golf didn’t even have a name yet. Suggestions that were discussed included TS and GTS. But then GTI inevitably won the race. The world premiere was in 1975 with the launch following in 1976 and the rest is history. 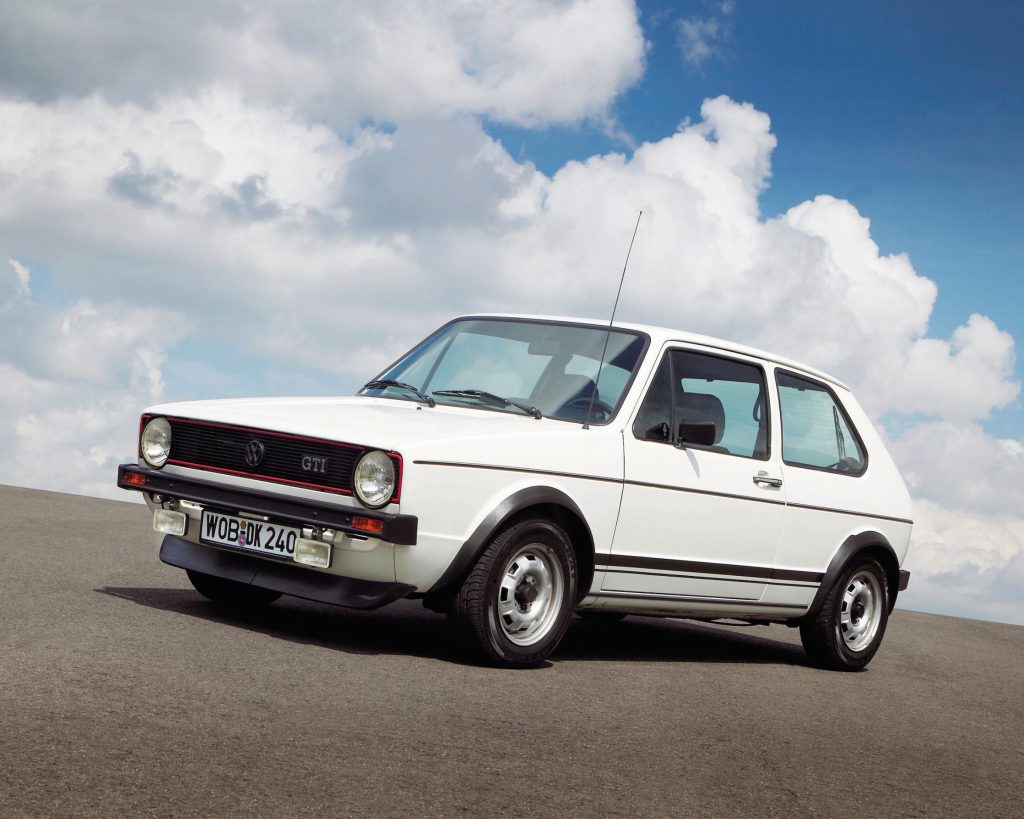 Golf GTI MK2
In early 1984, the Golf GTI Mk2 came along delivering 82 kW. The GTI’s insignia – in particular the red strip in the radiator grille and the tartan sports seats – became classic design features, and the newcomer ultimately became an icon. In 1984, the vehicle’s output briefly dropped to 79 kW as a result of the introduction of the catalytic converter. Two years later, NVolkswagen offset the loss of power with a new 16 V engine generating 95 kW including the catalytic converter, which came close to matching the agility of the original GTI. In 1990, the G-Lader supercharger in the Golf GTI G60 boosted its output to 118 kW. 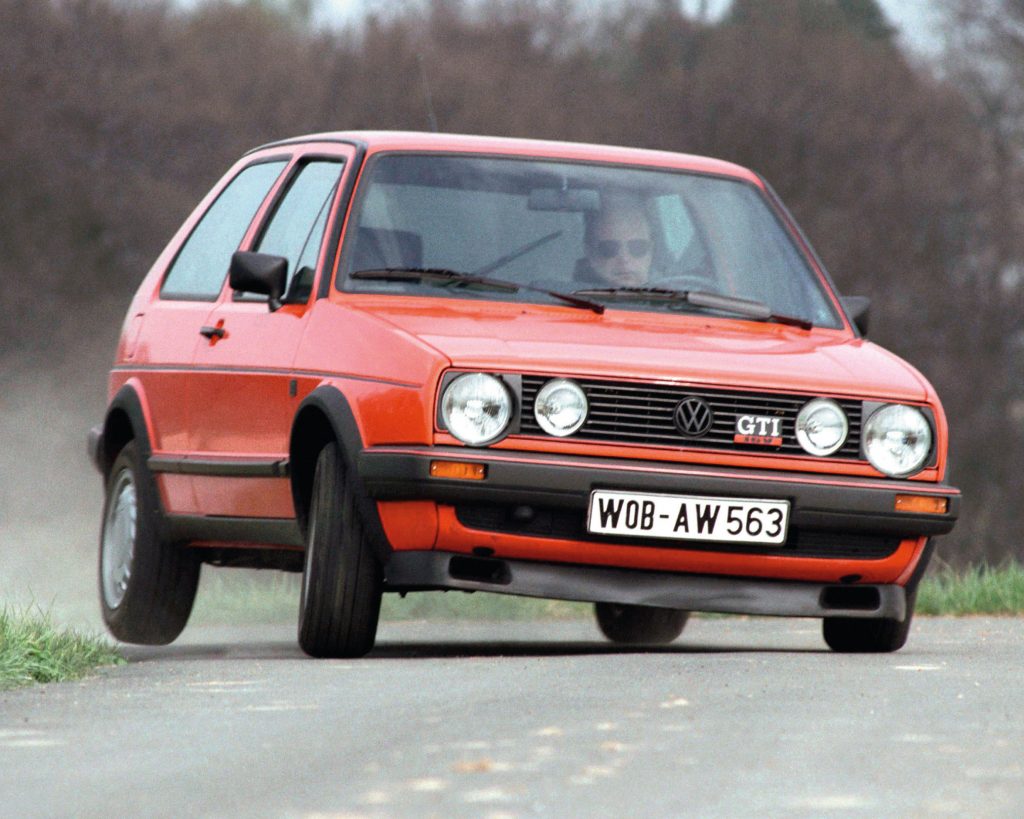 Golf GTI MK3
Volkswagen transferred the GTI insignias to the third generation in 1991. The second GTI generation’s dual headlights had now been concealed behind a shared lens, and the vehicle’s output started from 85 kW. One year later, the engine output was increased to 110 kW thanks to a new four-valve per cylinder engine. In 1996, a turbocharged diesel version (TDI) generating 81 kW enhanced the GTI concept. Years later, petrol and diesel engines would be divided once and for all into GTI and GTD. 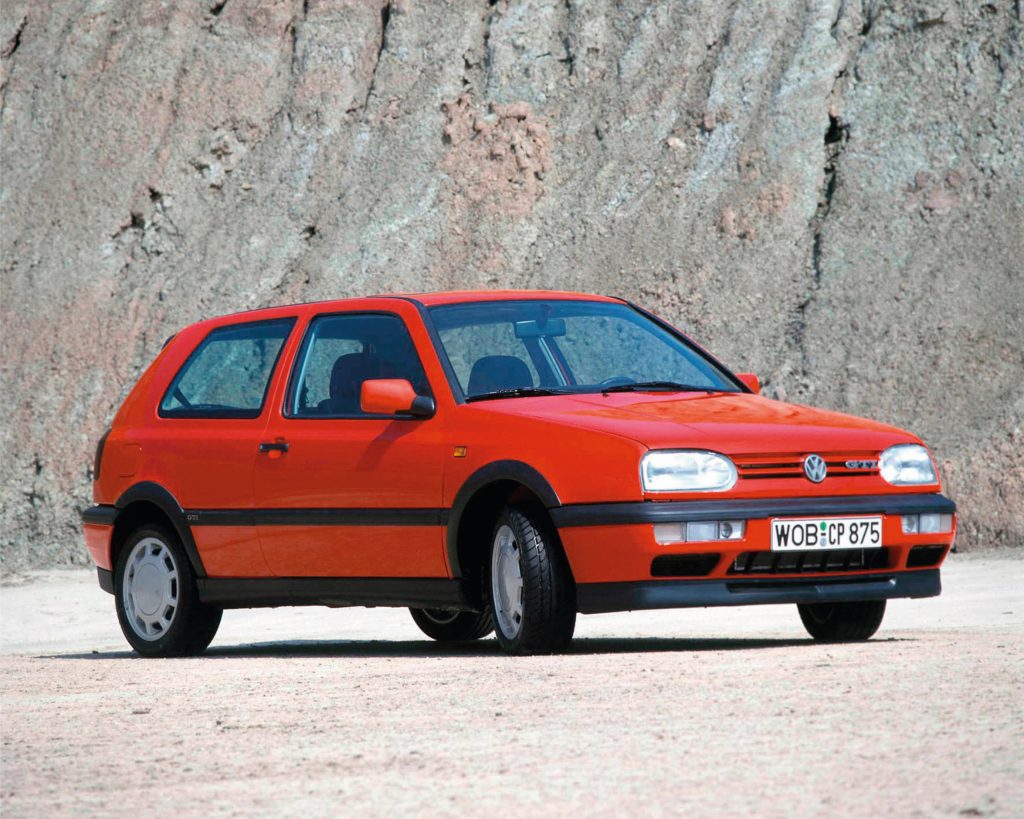 Golf GTI MK4
Introduced in 1998, the Mk4 was modest in terms of styling and was the first and only GTI to do away with elements including the red strip in the radiator grille. In terms of technology, the 110 kW Golf GTI Mk4 was still a car that was agile and well built for the era. The petrol engines – with four and five cylinders – generated up to 125 kW. In 2001, Volkswagen celebrated the icon’s first quarter century with the turbocharged ‘25 years of GTI’ special edition generating a hearty 132 kW. 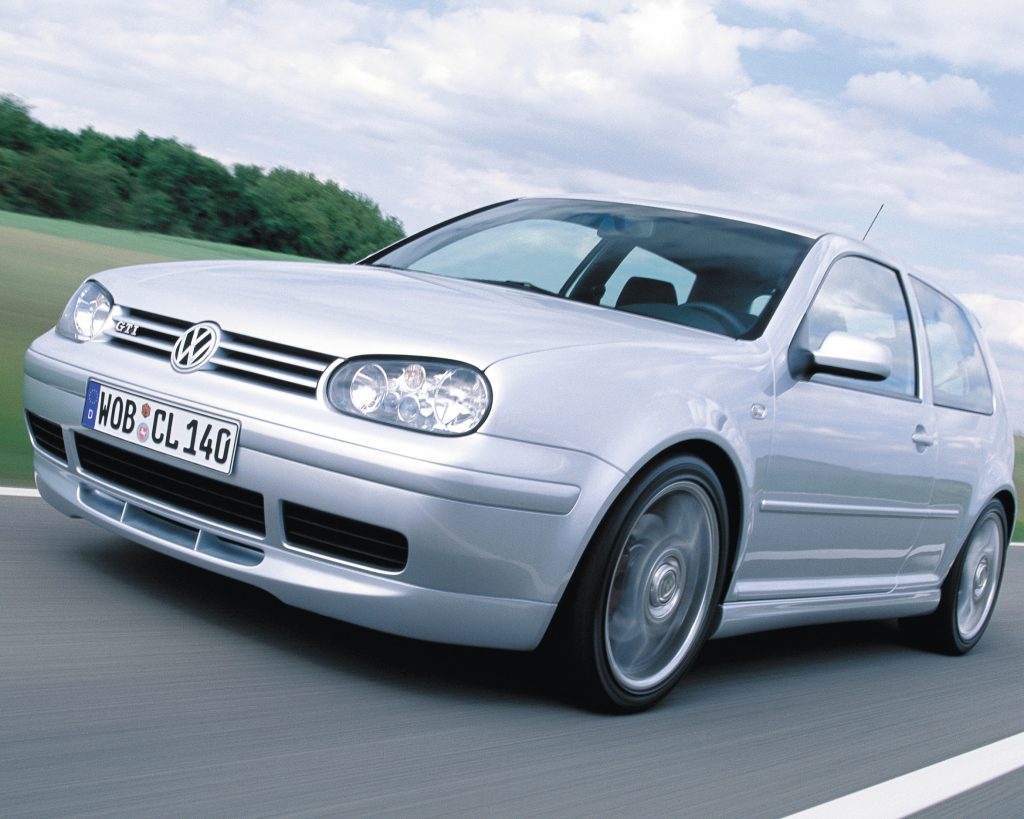 Golf GTI MK5
In September 2003, the hot-hatch game changed as Volkswagen launched a prototype of the fifth GTI generation at IAA. More than ever before, the acronym GTI became a synonym for compact driving dynamics. In September 2004, Volkswagen showcased the production version at the Paris Motor Show while the launch of the Golf GTI Mk5 followed in November. Its hallmarks were a significantly sharper look, a 147 kW turbocharged engine and supreme handling characteristics. Volkswagen propelled the GTI concept into the future with this version. The new Denver design wheels remain a striking feature today. The new turbocharged engine propelled the GTI with a manual gearbox to 100 km/h in a mere 7.2 seconds. Fitting the vehicle with the new dual clutch gearbox (DSG) cut the time required to only 6.9 seconds. The vehicle’s top speed was an impressive 235 km/h. 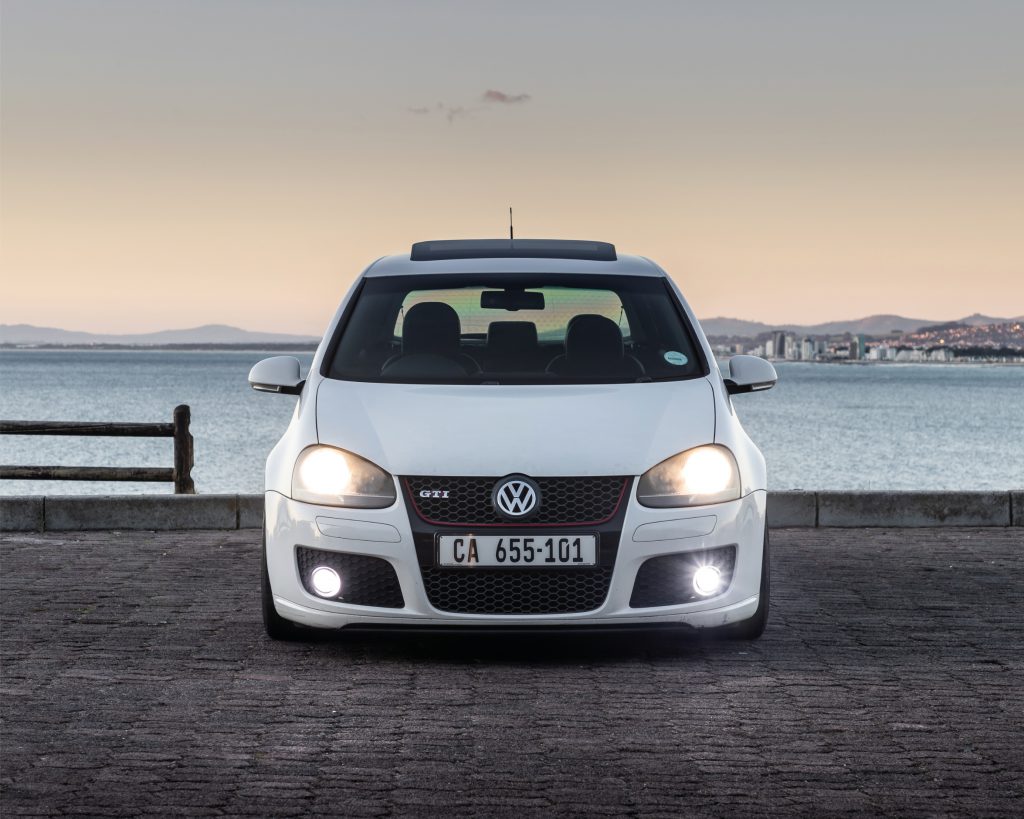 Golf GTI MK6
The Golf GTI Mk6 followed in 2009. None other than racing legend Hans-Joachim Stuck was in charge of honing the vehicle’s set-up. This new generation featured an electronic differential lock (XDS). With a top speed of 240 km/h, this GTI featured a turbocharged engine generating 154 kW. The Mk6 also featured a sound generator and a new exhaust system concept with one tailpipe each on the left and right of the rear. In 2011, the vehicle was made available as a convertible for the first time. This generation culminated in the Golf GTI Edition 35 to mark the product line’s 35th anniversary in 2011. 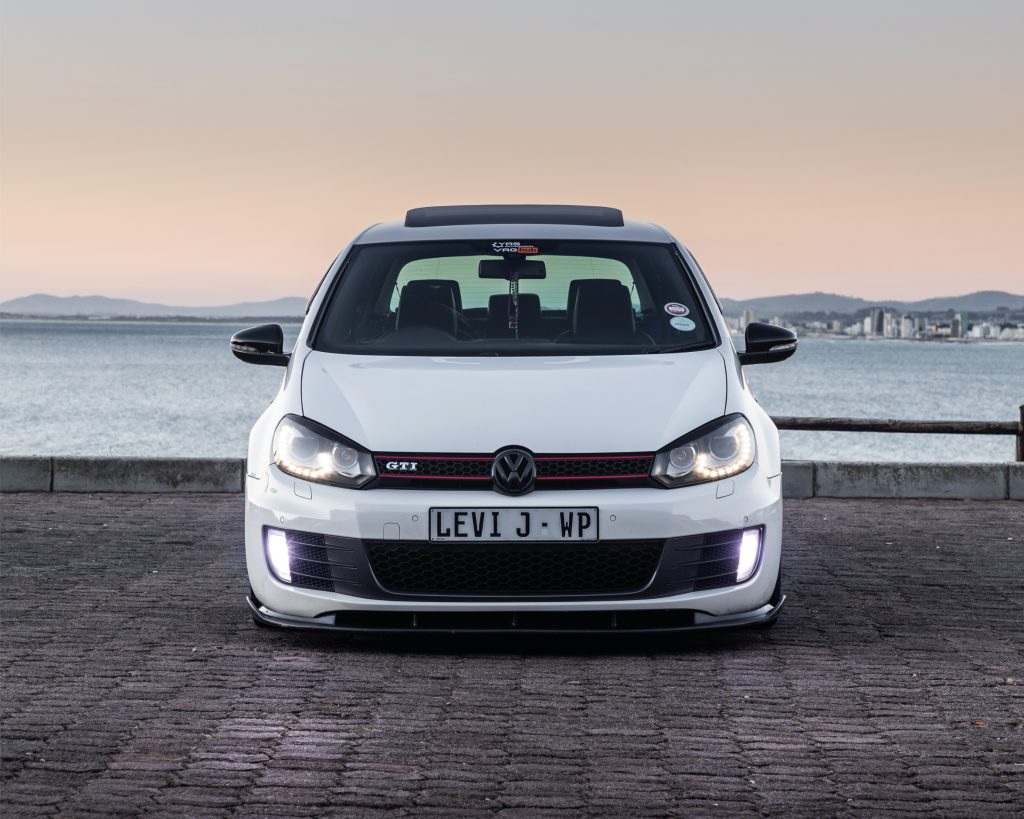 Golf GTI MK7
The seventh generation of the GTI was launched in two output versions in spring 2013. Volkswagen unveiled this new Golf GTI to international media representatives in Saint-Tropez. This was the first time the vehicle was directly launched in two output versions – the basic version delivered 162 kW while the Golf GTI Performance could unleash 169 kW. The latter was the first Golf GTI to feature a differential lock for the driven front axle and to be constructed on the modular transverse matrix (MQB). This new technical platform cut the GTI’s weight by up to 42 kg compared with its predecessor, making it even more dynamic. The 169 kW version featuring a manual gearbox was the first Golf GTI to reach 250 km/h. It formed the basis for the Golf GTI Clubsport, presented in action at Portimão race circuit in November 2015, which was capable of delivering up to 213 kW. The vehicle was launched in 2016, and it blurred the boundaries to motor sport. It took a mere 5.9 seconds to accelerate the vehicle to 100 km/h. 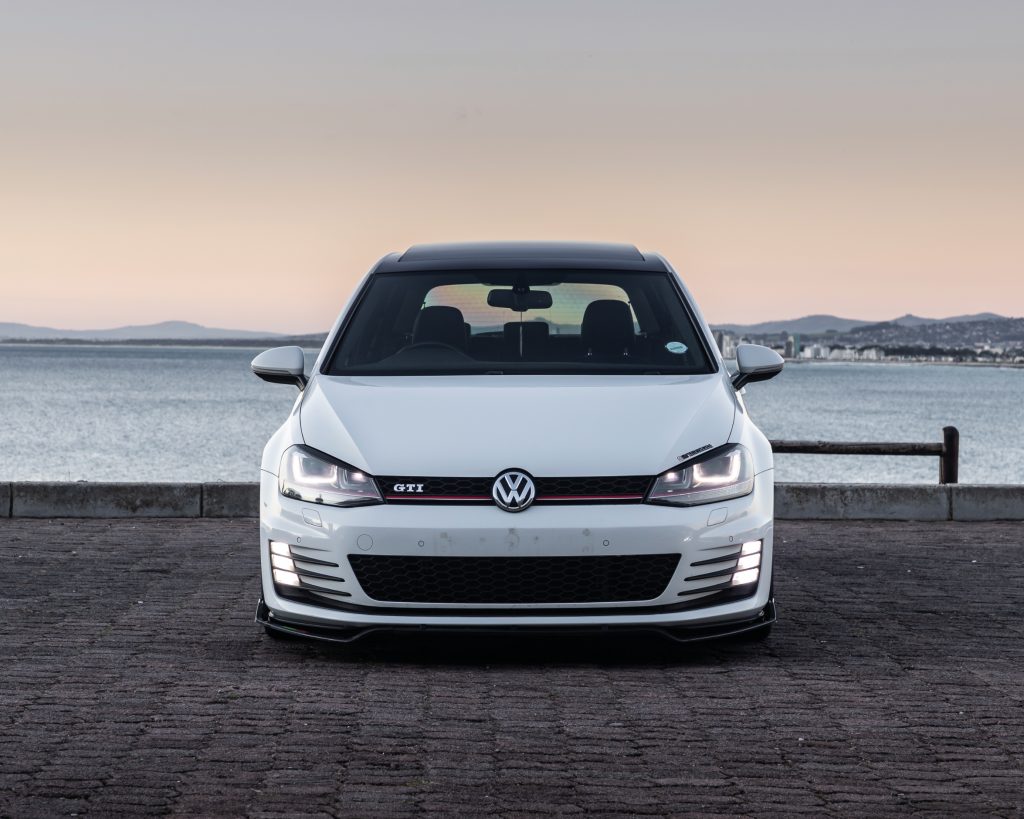 Golf GTI Mk8 and beyond…
For 45 years, GTI has been synonymous with powerful petrol engines and you would have read all about the 180 kW Mk8 in Issue 73 (you can head to motorsa.co.za for that story if you missed it), but we know that the motor industry is moving towards electrification. Manufacturers such as VW are in fierce competition with new rivals in the EV space like Tesla too. But the new players are arguably lacking one thing: a past that builds trust in the performance of the cars. German cars are renowned around the world for their quality and reliability. This reputation has even withstood transgressions, scandals and human rights violations such as Dieselgate. For this reason, referring to tradition while looking to the future should be a wise move for the brand. So,Volkswagen has introduced the GTX badge for the sporty versions of its ID.4 and ID.5 SUVs. The term GTX should go down well with thoroughbred GTI fans, but we’d love to see the GTI name remain specifically for the brand’s performance hatchback in the future. 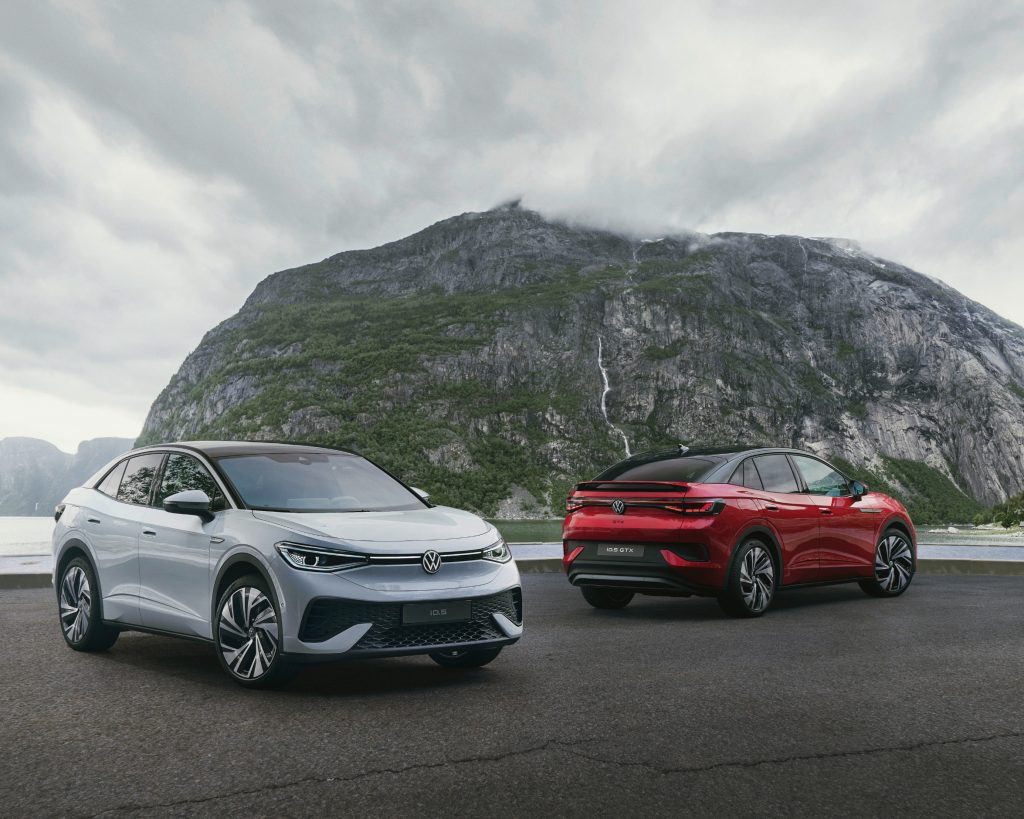 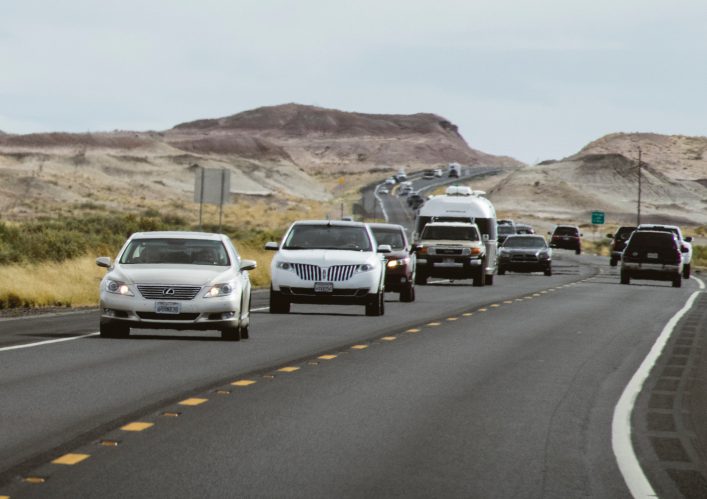 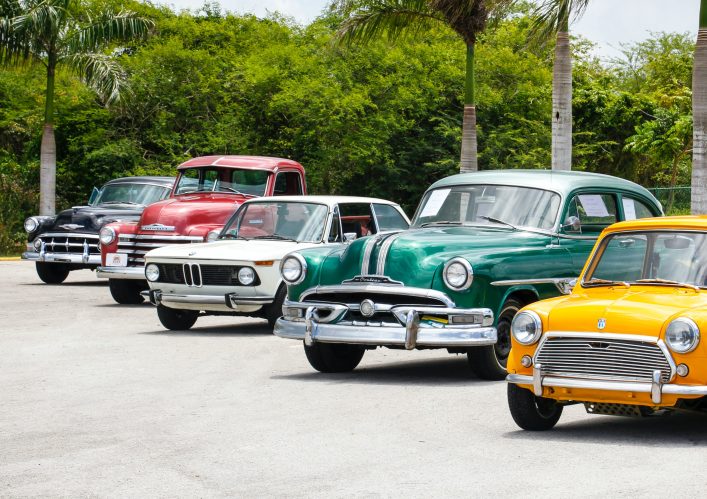 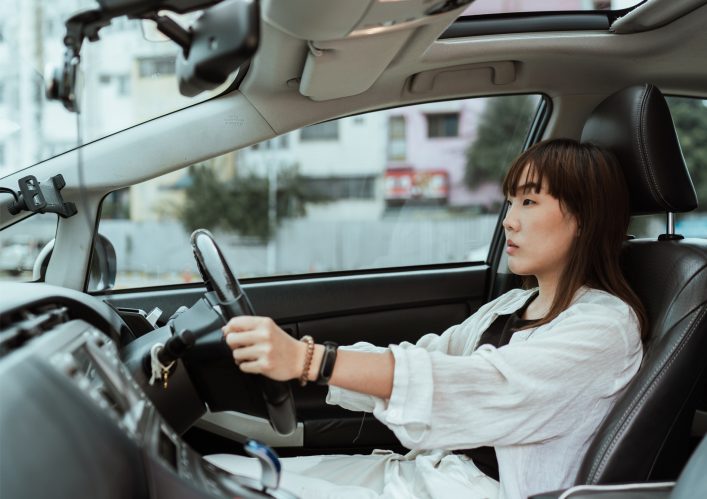 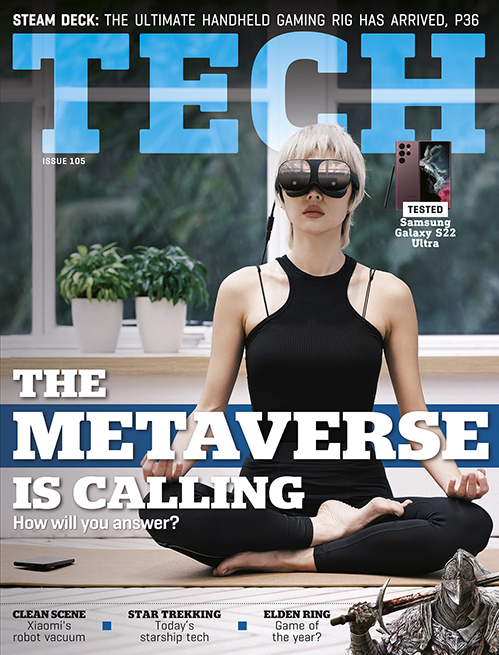