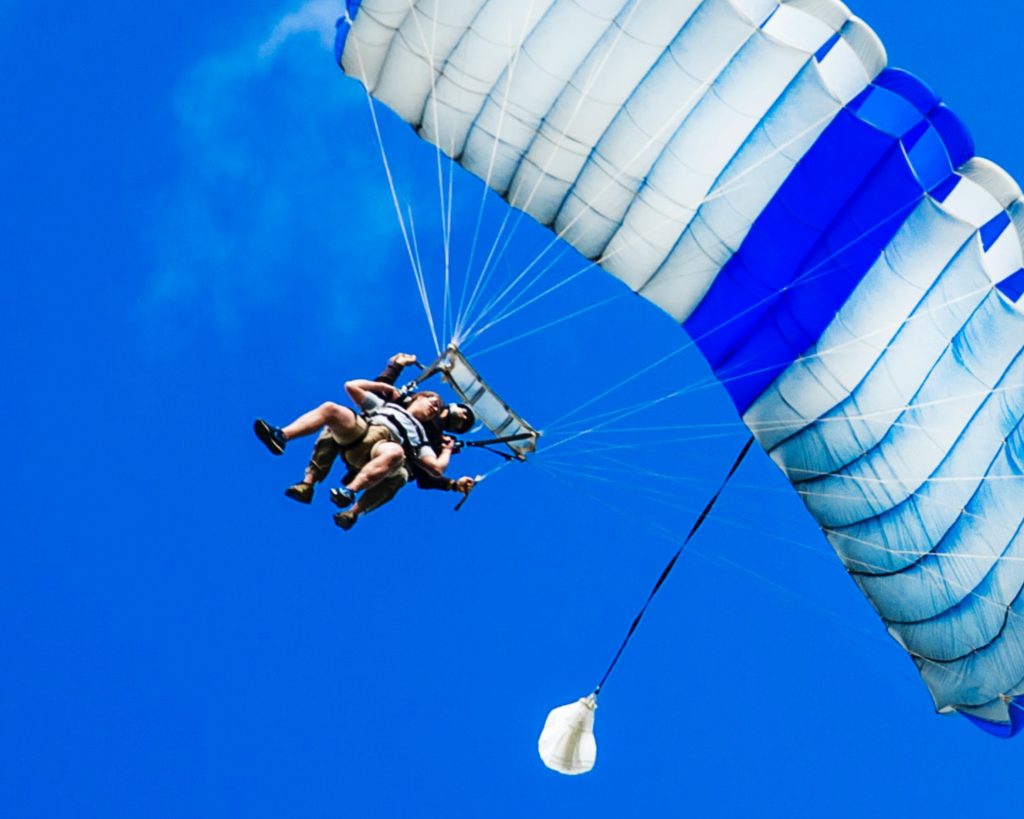 How To Go Tandem Paragliding

Don’t look down, as they say. Except it’s a fantastic view and you’re part of it. Here’s how to go tandem paragliding.

Bizarrely, for someone as petrified of heights as I am, I wasn’t the least bit afraid. Perhaps it was the gradualness of the slope, or perhaps a sense that the pilot I was fastened to – tethered to his chest like a kangaroo joey – knew what he was doing and exuded such a soothing sense of professionalism that I knew I had nothing to fear. More probably it was simply my brain’s inability to truly comprehend what was about to happen. Or maybe it was the mounting excitement, short-circuiting whatever survival instinct it is that makes me panic when I look down from the tops of even not-so-tall buildings.

There was some sort of safety briefing, an explanation of what’s going to happen, and how there was a safety parachute in case of an emergency. All of that was a bit of a blur, really, because essentially when you know you’re about to fly sans aeroplane, your heart is racing so hard that all you hear is blood pulsing around your body.  One thing I did notice was that there is a heck of a lot of gear involved, and unlike the parachute you wear on your back when you jump out of an aeroplane, the paragliding sail actually trails behind you, already scooping up wind and fanning out to slow you down while you are still running towards the edge of the mountain.  Did I mention that? You have to run. Towards the edge. Gulp.

But then, when it was in fact happening, my brain somehow convinced my legs to cooperate and follow the instructions and just keep running. Fortunately, you don’t make it to the point where there’s any kind of jumping or flinging yourself off the edge. Because suddenly, as if scooped up by an invisible, gentle hand, we were soaring. One moment you are going as fast as your legs will carry you, with the sensation of someone or something pulling you backwards, since the sail behind you is filling with air, and then suddenly you’re airborne – it’s a bit like that strange moment when a Boeing takes off and your entire being wonders how in creation it’s possible for that colossal thing to defy gravity. We were rising rather than falling, and also flying forward, feeling just the way I’ve always imagined birds do as they drift on the thermals. This, to my heart (and my brain), felt like magic rather than science. I left the science, the coaxing of chords to make us fly this way or that, lift or descend, to Jan Minnaar – the pilot in whose capable hands I had entrusted, well, everything.

We’d launched from Map of Africa, a sloping grass field that faces the ocean and overlooks the Garden Route town of Wilderness. From the air, though, I was aware of the vast gap – a beautiful emptiness – between my dangling legs and the town below. I watched toy-size cars slowed to a shuffle by speed cameras along that notorious coastal highway and saw ant-like human dots strolling along the beach. At times we got seriously close to houses on the mountain slopes, and there was the comedy of having people wave from their garden loungers, and seeing nervous sunbathers duck beneath umbrellas as we popped into view.

Up the coast, green-covered cliffs disappeared below blankets of mist that enveloped the Outeniqua Mountains.On clear days, Jan told me, it’s possible to see the Knysna Heads. Sometimes, he said, you see whales and dolphins, and other big shadows in the water, too. Below us, Wilderness – with its mix of creamy-white beach, thick indigenous forests, and inland waterways – was more blissful than I’d ever imagined, more pristine than the version you experience on the ground. Because there’s no one else, no noise, no traffic, just effortless dangling – and as you gaze out in every direction, you’re struck by the enormity of it all, the endlessness of creation. We continued like that for half-an-hour, riding in what Jan called perfect coastal soaring conditions.

Our 20 km/h southeasterly was, he said, ‘textbook’.Eventually – somehow too soon – we returned to Map of Africa and touched down on precisely the same spot from which we’d launched. It was a smooth, butter-soft landing, as if stepping onto cotton wool. And so our bodies came down to earth. My heart, though, stayed up there, adrift on those thermals.

1.  Garden Route
Cloudbase Paragliding’s Jan Minnaar is a seasoned professional who launches from a variety of spots up and down the Garden Route coast. He offers tandem flights as well as training courses if you decide you ultimately want to fly solo. Wilderness and nearby Sedgefield are said to offer near-perfect coastal soaring conditions. Flying conditions are particularly good from August to May (and especially ideal from January through March), but there’s never really a bad time to fly here – and for much of the second half of the year, there’s a chance of spotting whales and dolphins from the air. Plus, two dozen alternative launch spots are within an hour’s drive. Jan also has a dedicated B & B for flying students – very relaxed with six bedrooms and space for up to 15 people.
cloudbase.co.za

2.  Cape Town
You can get a similar kick jumping off the sides of many hills and mountains all over the country, but there aren’t too many cities on earth in which it’s possible to fly off a mountain and glide above the high-rise apartment blocks, picking out all your favourite landmarks and watching the ant-like humans below. In Cape Town, weather allowing, there are regular launches from Signal Hill – you hover above Green Point and might float gently down for a landing on the grass alongside the Sea Point promenade, prompting passersby to whip out their cameras. There are many tandem paragliding operations, especially in the busy summer season, but Barry Pedersen is among the country’s most experienced pilots, with a long, reassuring track record that goes back to the days when it was still possible to launch off Table Mountain.
birdmen.co.za

3. KZN Midlands
In the KZN Midlands, Hans and Ria Fokkens run Wildsky, a pro-paragliding outfit at the foot of Bulwer Mountain (or Amahaqwa, the ‘misty one’). Hans has a long track record –  he was SA’s champion paraglider in 2001 and has represented the country in international competition. Of course, the couple met while flying and Ria is an old hand at cross-country paragliding – the 25 km stretch from Bulwer to Underberg is a familiar journey for her. The advantage of flying in Bulwer is the sight of the southern Drakensberg – and possibly seeing snow from the air in winter. Apart from tandem flights and paragliding courses, the Fokkens have a backpacker lodge and a cottage in the forest where you can stay.
wildsky.co.za 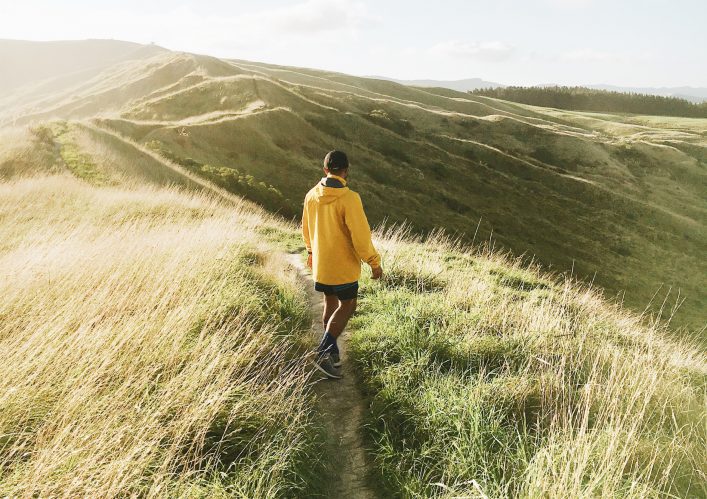 ​​With its prodigious mix of mountains, fore... Read More 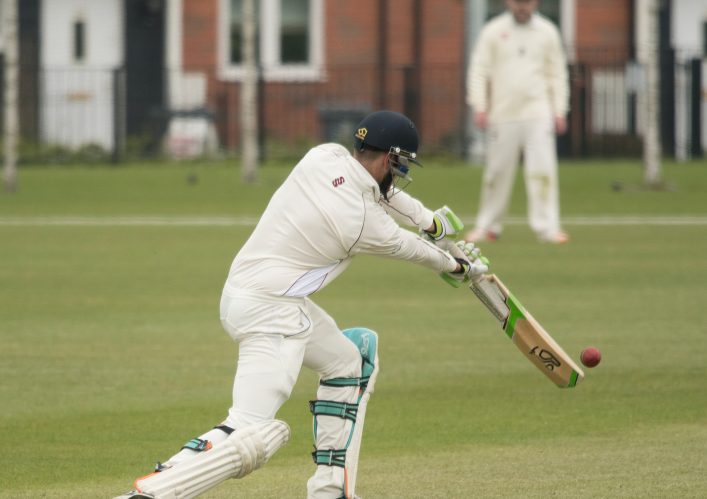 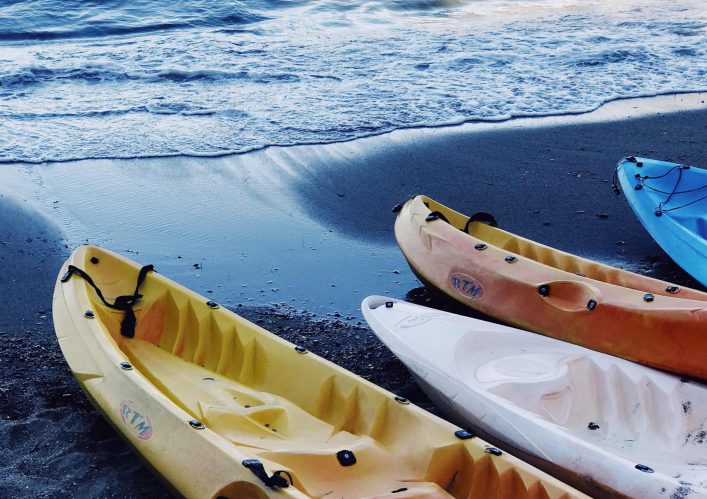 Water-Based Activities In CPT and KZN

December means getting outdoors and enjoying the... Read More

This season, adidas continues its vision to crea... Read More 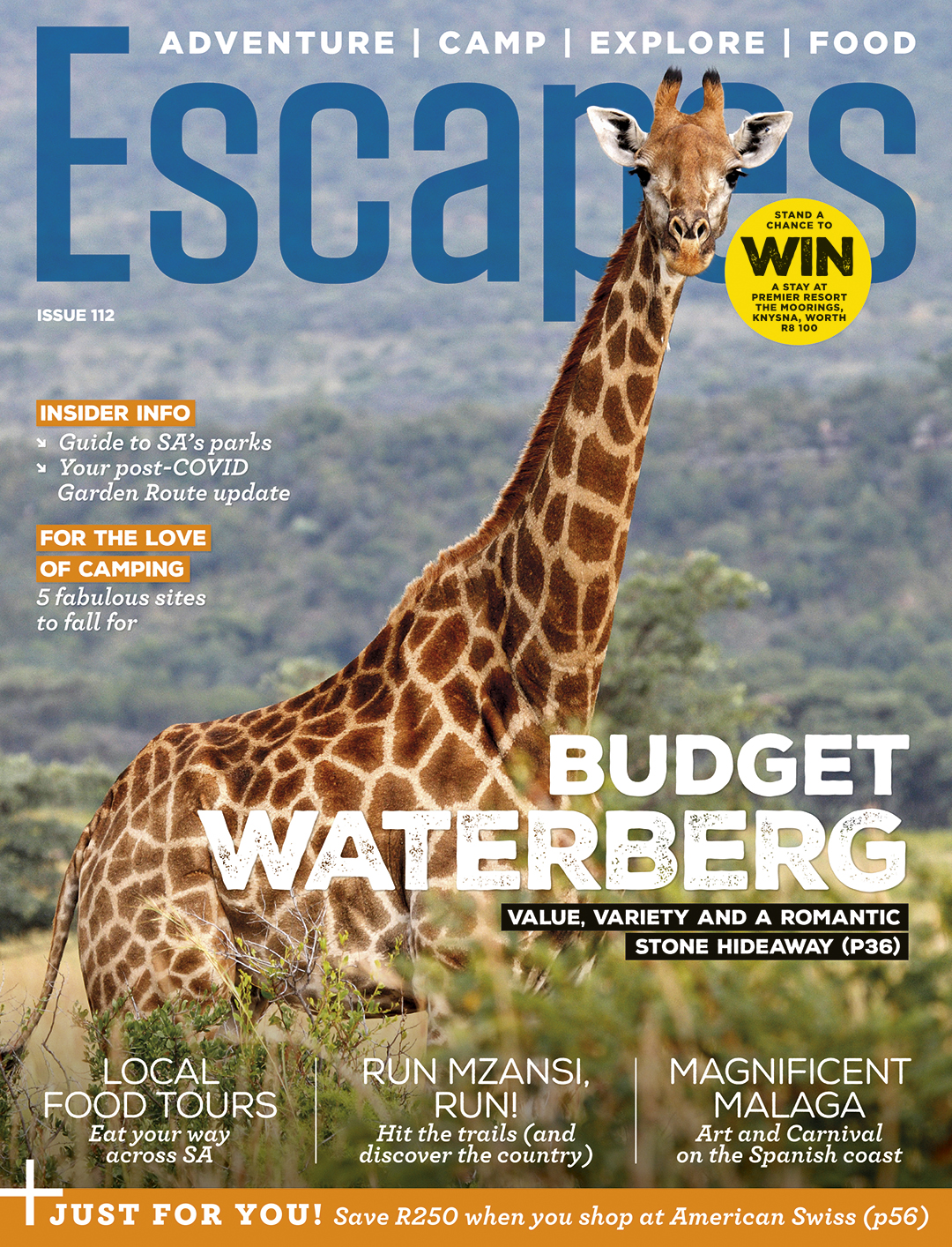 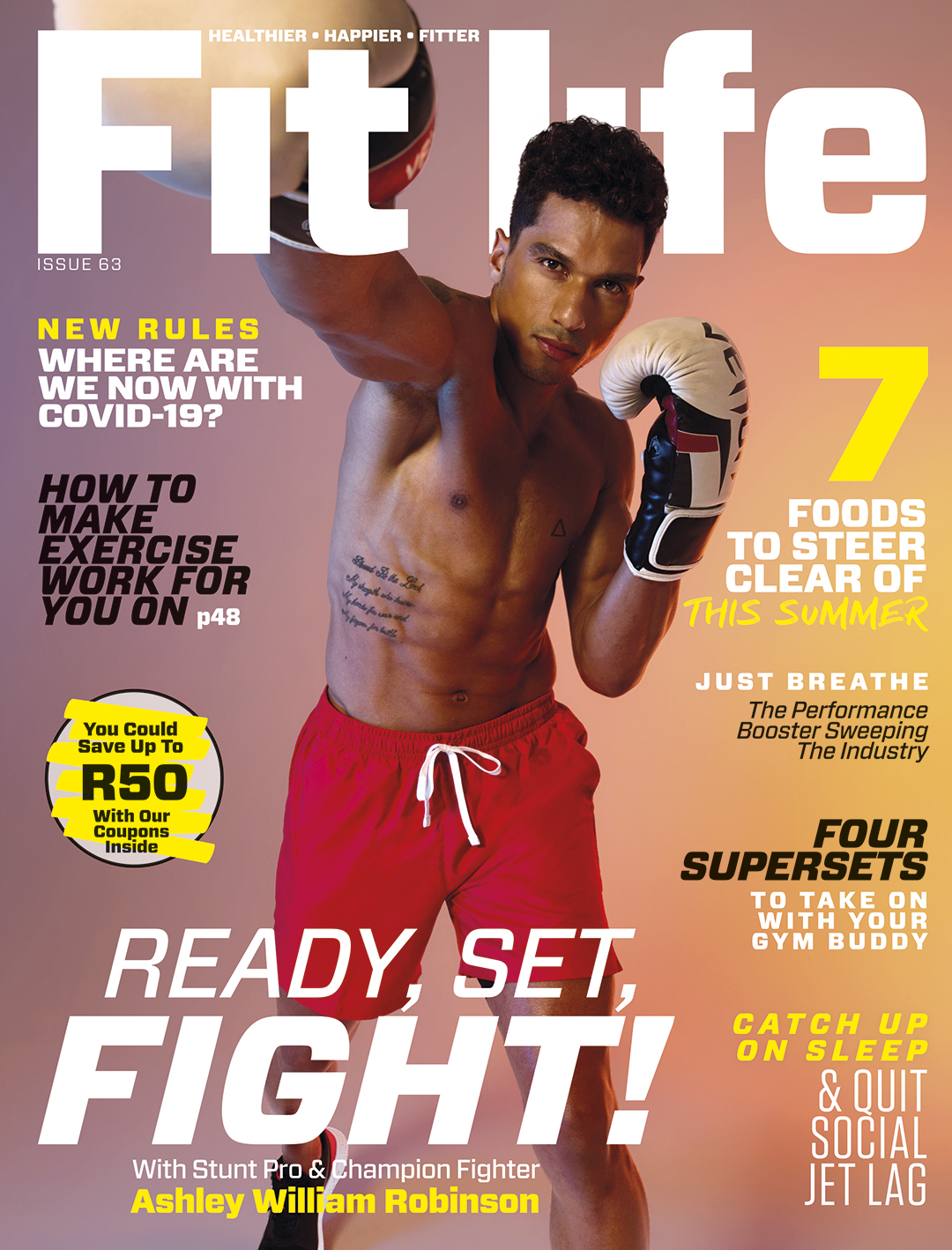 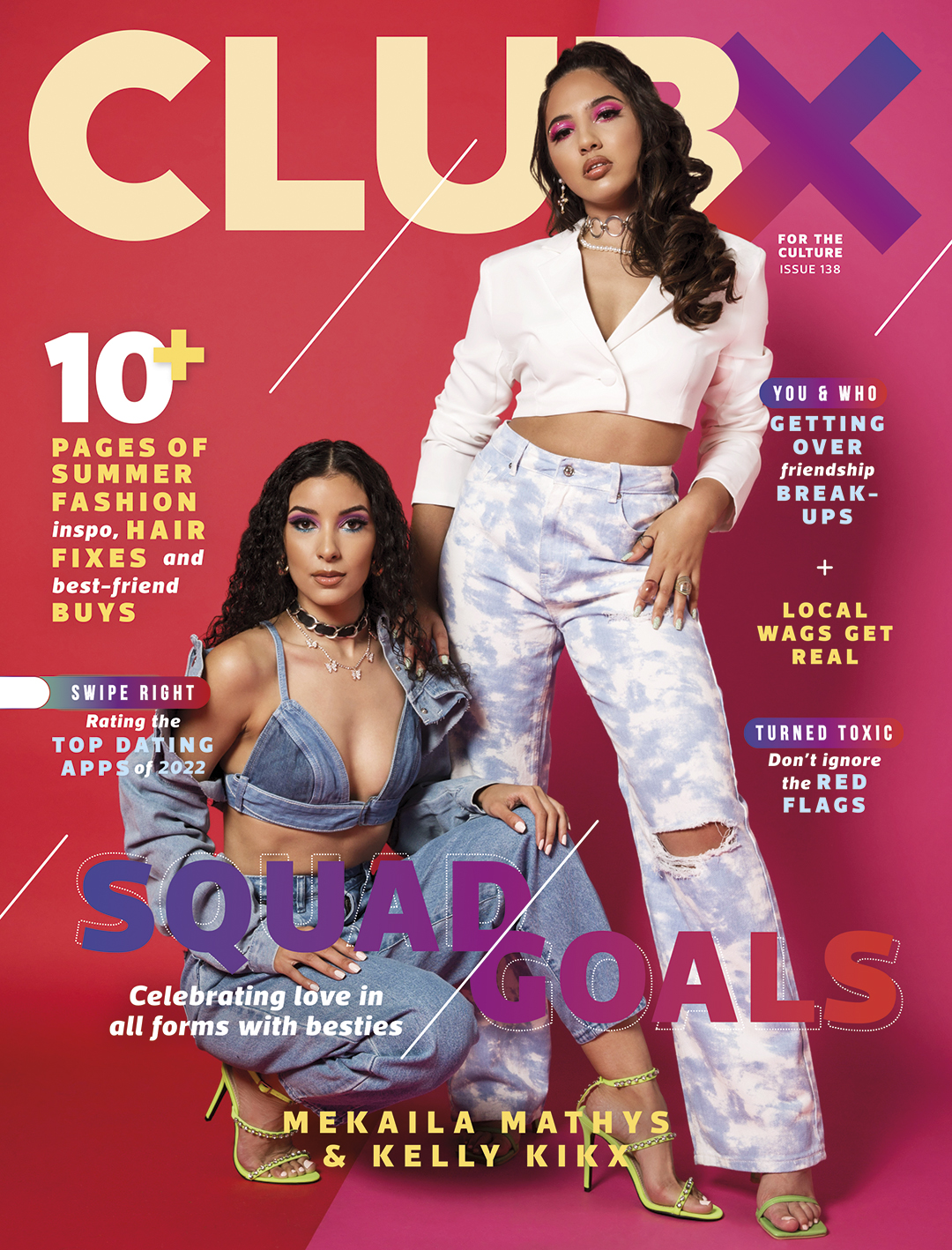